/Public Sector Focus/Comments Off on Waiting on the waiting list, but what for? 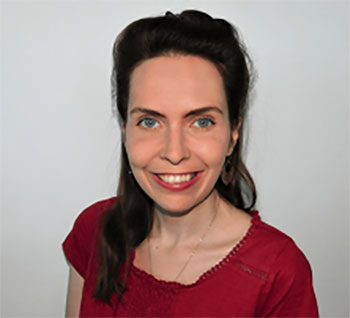 Saoirse Mallorie, Senior Analyst at The King’s Fund, reflects on the current NHS elective waiting list and deduces who is really waiting for what.

The current waiting list in England makes for grim reading – in September 2022 it was more than 7 million1, up by 1.2 million since September last year, and 2.6 million over the past three years (ie, before the start of the Covid-19 pandemic). But what are these people waiting for?

How the media talks about waiting lists, and how the public understand them tend to imply that people are, in the main, waiting for hospital admission, but this does not tell the whole story. Some of are waiting for further diagnostics or decisions before treatment can commence, and others are waiting for treatment that does not require admission to hospital.

Only 15 per cent of those on the waiting list have had a decision made to admit them to hospital for treatment . This varies by type of treatment; unsurprisingly there is a correlation between surgical treatments (ie, treatments that cannot happen outside a hospital setting) and a decision to admit. 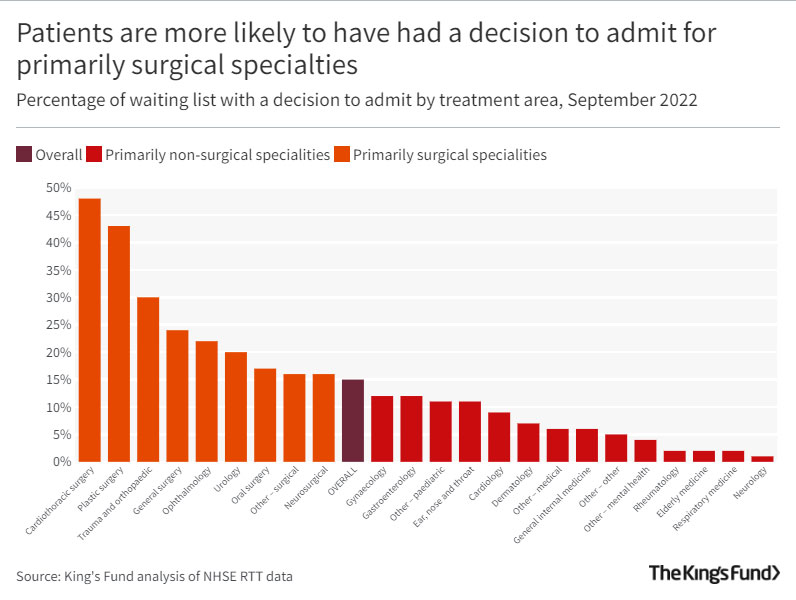 So, what is happening for the other 85 per cent of the waiting list?

Once a patient has received a diagnosis, a decision to treat is then made. Not all these treatment decisions will require an inpatient stay. Looking at those who were treated in September 2022, it is possible to get an idea of the percentage who do need inpatient treatment: 21 per cent of treatments in that month were admitted and 79 per cent non-admitted. Extrapolated to the waiting list as a whole, this equates to several million people who are not waiting for inpatient treatment.

Looking at cardiac treatment as an example, there are currently 349,000 people on the cardiothoracic surgery or cardiology waiting lists. Of these, 34,000 have had a decision made to admit for treatment, leaving 315,000 waiting for diagnostics, decisions, or for outpatient treatment. 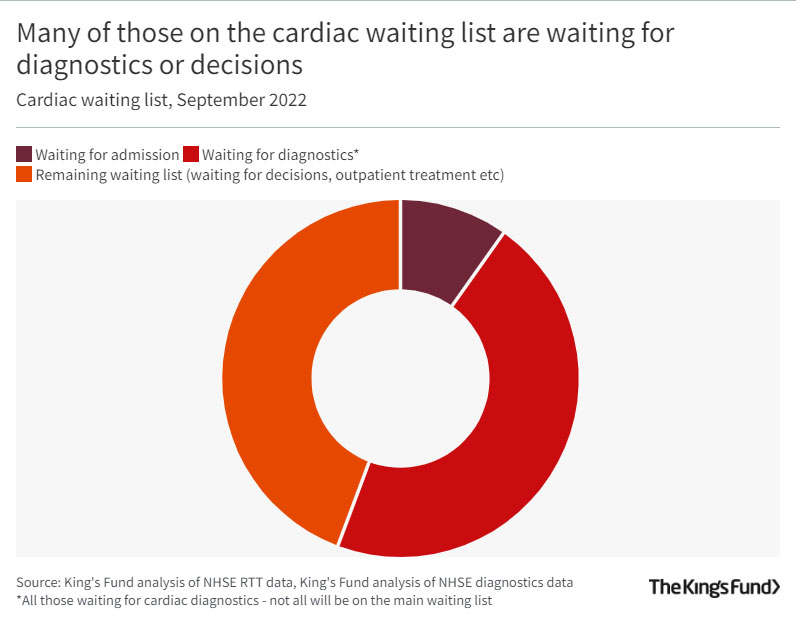 This example demonstrates that a significant portion of those on the waiting list are either waiting for diagnostics and decisions, or for non-admitted care. Attention therefore needs to be given to the provision of diagnostic availability and outpatient care; without improvements in these areas the waiting list will continue to grow.

Much of the debate on hospital waiting lists has centred on treating those who have been waiting a long time, or the availability of hospital beds, or the need to build new surgical hubs. While these are of course important areas, there are other issues that need to be addressed. It is important not to concentrate on hospital admissions at the expense of outpatient treatment, given the numbers waiting for the latter.

And perhaps too much of the debate has centred on treating patients rather than diagnosing them. Without knowing what is wrong with a patient, or making a decision on what they need, it is impossible to treat them (or to reassure them if test results come back clear). Access to diagnostics therefore needs improvement, as our recent work on community diagnostic centres has suggested – without a diagnosis, how can the NHS know who to treat?

1 The hospital waiting list is comprised of approximately 7 million pathways. An individual may be on more than one care pathway if they have multiple treatment needs.