It is no secret that the Covid-19 pandemic has disproportionately impacted people of colour. Part of the problem is that those given important jobs in tackling the virus are not qualified to perform their roles. Here, Runnymede director Halima Begum outlines why the organisation launched legal action against the government over its hiring practices.

The Runnymede Trust is the UK’s leading independent race equality think tank. When in November of last year, we jointly announced with the Good Law Project that we were taking the government to court over its decision to hire Dido Harding to head up the NHS Test and Trace scheme, some raised eyebrows.

‘Why’, they asked, ‘would a race equality charity be concerning itself with who the government chooses to appoint to lead its public health initiatives?’ But the decision fits in perfectly with the work of the Trust over its decades long history.

Formed in 1968, for the last 52 years Runnymede has been working to build a Britain in which all citizens and communities feel valued and enjoy equal opportunities.

Shortly after Covid-19 entered the nation’s consciousness in 2020, it became clear that certain communities were being harder hit than others. Over the last year Runnymede has been consistently calling for more support and protection for BME groups in the face of the pandemic. As early as spring 2020, we knew that BME NHS workers were getting ill and dying at a disproportionate rate – yet the government has done little to combat the trend on a structural level.

Numerous reports have demonstrated a number of systemic weaknesses in protecting BME NHS workers, including inadequate support and protection on the frontlines, where BME staff are most likely to be found. There have also been cases where minority staff are reported for complaining about lack of PPE and told they will be investigated.

When we discuss race and Covid risk in the NHS, we must see these issues through a structural prism; specifically, one that acknowledges the effect of under-representation of BME staff at senior management levels in the NHS, and over-representation at the proverbial coalface.

BME staff in the NHS are more likely to face disciplinary proceedings in the NHS than white staff, and less likely to be shortlisted for a job.

According to the NHS Workforce Race Equality Standard report, just 6.4 percent of NHS “very senior management” (chief execs and board members) are BME, even though 20 percent of overall NHS staff fall into the bracket.

That’s why, when the government hired Dido Harding and Mike Coupe to head up NHS Test and Trace (and the National Institute for Health Protection), Runnymede decided to call this out for what it is: a blatant act of cronyism.

Neither Harding nor Coupe are medically trained. Neither has a lifetime of public administration under their belt. Far from it. Harding is the wife of a Conservative MP, and friend of former prime minister David Cameron. She was also the CEO of TalkTalk – but was forced to quit when 156,000 customers had their private data hacked. Coupe’s best qualification, other than being good friends with Harding, is that he is the former CEO of Sainsbury’s.

In many ways, both appointments exemplify equalities issues within the NHS and wider society. After all, when employers do not advertise vacancies, this can function as indirect discrimination. It also puts more BME lives at risk.

As a result, the Runnymede Trust and the Good Law Project jointly announced in November of last year that we were taking the government to court over the closed recruitment process for Harding and Coupe. In our case, we are citing discrimination under the Equality Act 2010, and arguing that Westminster has breached its public sector equality duty by hiring unqualified friends in senior public sector roles.

Sadly, this ‘chumocratic’ approach is one that seems to have characterised this government, where a national health emergency has been seen as an opportunity to enrich friends and supporters.
As the junior health minister Lord Bethell told the House of Lords, the government relied on “informal arrangements” to fulfil urgent needs for PPE. Under the cover of an emergency, the government awarded £18bn in coronavirus-related contracts during the first six months of the pandemic, most with no competitive tendering processes. 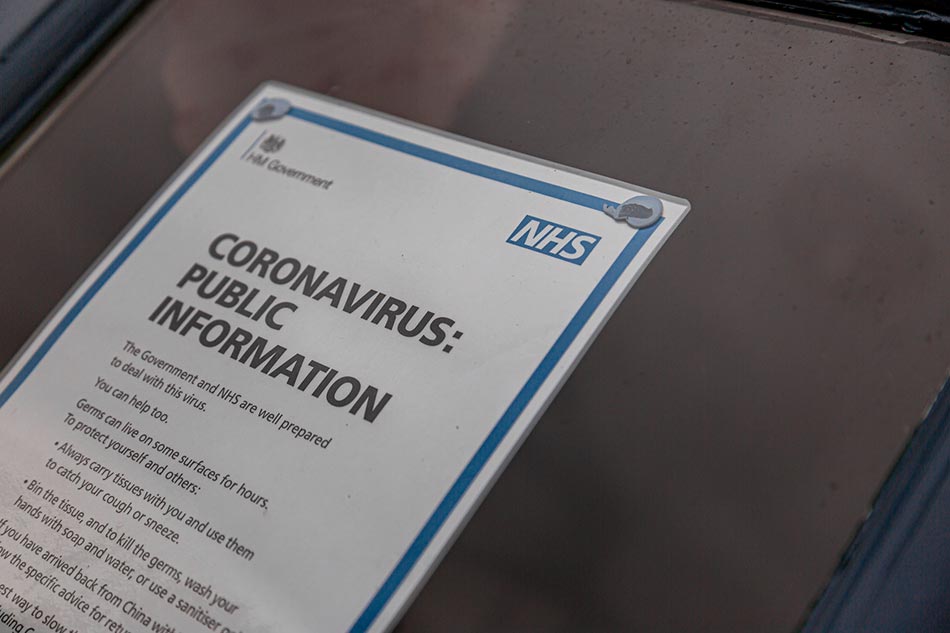 A report by the National Audit Office confirmed the existence of a “high-priority lane” for suppliers referred by senior politicians and officials, and found that companies with a political referral were 10 times more likely to end up winning a government contract than those without.

Meanwhile contracts totalling £1.5bn have gone to companies with connections to the Conservative party. Many large PPE contracts were awarded to firms with no obvious experience in that sector, and it later transpired that some of this PPE was not even fit for purpose.

Call it a “chumocracy” or straightforward incompetence: it’s clear there’s been a woeful lack of transparency when it comes to how taxpayers’ money is spent.

Since the government failed so woefully to contain the virus in the early stages of the pandemic, with Track and Trace an abysmal flop, all hopes have now turned to the vaccine. But why have we not focused on the vaccine in cities where most people in the UK live and where BME groups are concentrated? We need to balance the conversation away from hesitancy and uptake by BME groups and their institutional mistrust, to how they might be supported to get trust back in our public services like the NHS and the police.

As our country navigates the dark months ahead, we are desperate for expertise and leadership.

While the government hands out sinecures to its chums, people are dying. Clearly, we need a national pandemic response and disaster recovery plan that is led by the best qualified and most experienced scientists and public administrators the country can offer.

But the sad reality is that now, in the midst of a yet another national lockdown, the responsibility for much of the UK’s emergency response rests in the hands of a former telecommunications CEO, and a former supermarket CEO. The chumocracy has plummeted new lows.