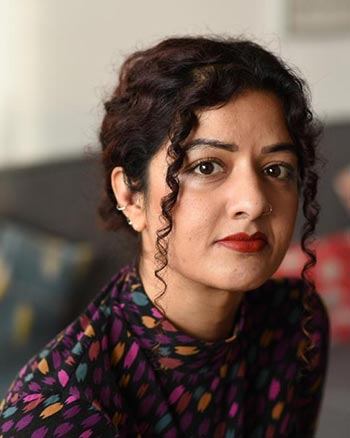 Alia Butt in an adult psychotherapist, CAMHS specialist practitioner and Chair of NHS Staff Voices, part of Keep Our NHS Public; a national organisation campaigning against cuts, closures and privatisation of the national health service. Here she argues that the pandemic has exacerbated, rather than caused, the UK’s mental health crisis.

2020 has brought to light the pressure that public sector workers have been under for over a decade. At the height of a deadly pandemic the government should have focused on minimising the death rate but were instead encouraging people to go out and spend. Their misguided policies have consistently failed (i.e. in squandering a key way out by giving around £23bn to private companies to deliver a failed track and trace service). While many countries return to living more freely, the U.K has racked up the highest Covid19 death rate in the world.

Against this backdrop it is no surprise that last year depression rates in adults doubled from 1 in 10 before the pandemic, to 1 in 5 by June 2020. The Royal College of Psychiatrists (RCP) predicts that up to 1.3m people who have never before experienced mental health problems will need treatment for anxiety and 1.8m for depression, particularly those more vulnerable to COVID-19 (i.e. children from BAME communities). Around a fifth of those who received mechanical ventilation during the first wave of covid developed PTSD. President of the RCP Dr James predicts COVID-19 to be the greatest threat to mental health since the second world war.

When infrastructure crumbles under pressure, we are confronted with the flaws in its structure. The less affluent in our society need effective support from the government to survive and a lack of this support has obvious impacts on mental health. Reports of suicide related to economic insecurity are harrowing, and the fact that young people are also experiencing higher instances of suicidal thoughts is by no means unrelated. During adolescence, young people struggle with mood and insecurity more dramatically. In my daily work with both children and adults, I have seen the levels of OCD increase dramatically. Many people are resorting to coping mechanisms such as self-harm, disordered eating and drug and alcohol use.

Anxiety is a natural response to change. The pandemic has added unprecedented levels of uncertainty, helplessness and frustration. Young peoples’ nervous systems are becoming accustomed to the physiological responses associated with neglect, loss of hope, and increased vigilance to impending danger. They need social contact to develop neurologically as much as socially, but are being trapped in their homes.

The pandemic has meant young people losing friends and family, being completely cut off from their loved ones or stuck in households suffering domestic abuse. This will likely affect their ability to experience relatedness and can lead to attachment difficulties and complex trauma/PTSD presentations. The difficulties we see in such presentations are synonymous with traits commonly attributed to neurodevelopmental conditions such as Autism and Attention Deficit Hyperactivity Disorder, and also with the label of Borderline Personality Disorder. These difficulties extend much further than mood or anxiety problems and impact executive functioning; memory, focus, attention, impulsivity, emotional instability, difficulties in relationships, problem solving and other cognitive abilities related to language acquisition (particularly pragmatic language), social interaction and social behaviour. Without access to quality healthcare and community support, we are in danger of creating a lost generation.

All of this means more pressure on an understaffed, under-resourced NHS. In 2019, more than 1 in 4 young people were already being denied mental health care every year, amounting to 100,000 young people. After over a decade of cuts and the drive to privatise and breakdown the NHS being shamelessly accelerated during the crisis, the NHS is now barely able to pay the small fraction of mental health professionals it currently employs.

The government try to blame this mental health crisis on lockdowns. Lockdowns have been essential in saving lives and despite the media’s insistence of public reluctance, research shows the majority of people support tougher, more consistent measures and are willing to make many sacrifices in order to keep their communities safe. The first lockdown was instigated by the public and supported by 93% of the population, making it one of the most supported policies ever tested.

During lockdowns however, we must have better support infrastructures in place. We need online provisions for education and government funded community support networks. We need more accessible childcare solutions and financial support for the precariously employed.

2020 has also seen the rise of communities banding together, bringing food, childcare and conversation to those most in need. We must insist this work is built upon by the government, allowing for a society that considers the mental and physical health of its people before all else – particularly above lining the pockets of the already obscenely wealthy. This focus should be shifted onto those who need it most, not least. The government should have been pumping billions of taxpayer pounds directly into health and social care; the policy of subcontracting and outsourcing has been shown to fail dramatically.

It is always darkest before the dawn

Oppression left unchallenged can leave people feeling resigned to a destiny outside of their control, but power concedes nothing without demand.

We must demand better resourced mental health services and better trained clinicians. We need to prioritise longer term psychotherapeutic methods of treatment where people are listened to as opposed to being conditioned to docility through CBT and over medication. We need the development of community services backed by a much more effective welfare system. Crucially, we need to address the social issues that have fuelled much of the destitution we have witnessed in public services for many years. Wealth and health disparity is rising to exponential levels, disabling working people socio-economically, physically, emotionally and psychologically. But with crisis comes an opportunity for change, and that is something to be optimistic about.

You can find out more here: www.keepournhspublic.com