The local housing allowance freeze is fuelling homelessness. The government must commit to change – London Councils

/Public Sector Focus/Comments Off on The local housing allowance freeze is fuelling homelessness. The government must commit to change – London Councils 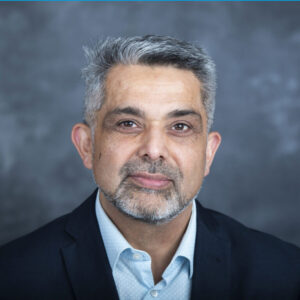 While Universal Credit – and its negative impact on claimants – has rightly been the focus of much media coverage and campaigning in recent months, its flaws have overshadowed other problems in the welfare system which are just as pernicious.

Ask any London local government officer working in welfare what the biggest problem faced by low-income Londoners is today and I can all but guarantee that housing affordability will be their answer.

The affordability of privately rented properties is the single biggest concern for London boroughs because it has such a major influence over levels of homelessness, boroughs’ ability to rehouse homeless families, and the cost of procuring accommodation – particularly temporary accommodation. For low-income households, affordability is determined by the cost of rent and whether the support they receive is sufficient to cover it.

London is in the midst of a severe housing affordability crisis, and for those at the bottom end of the income bracket the freeze in Local Housing Allowance has been one of the biggest contributing factors. With a chronic shortage of social housing in the capital, many low-income Londoners depend on finding accommodation in London’s private rented sector. However, a series of changes to Local Housing Allowance, culminating in the current four-year freeze on rates, have severely restricted the pool of properties affordable to London households who need support to pay their rent.

New analysis by London Councils confirms there has been a significant reduction in the number of homes affordable to the 200,000 Londoners receiving Local Housing Allowance over the past four years, with no properties affordable to claimants in certain parts of the capital. Overall, fewer than one in ten properties in London are currently affordable on Local Housing Allowance – significantly below the 30 per cent of the market that government policy intended to be affordable before the introduction of the freeze.

Although the crisis is particularly acute in London due to spiralling rents, the problem is just as bad in many other parts of the country. In places as diverse as Ipswich, Milton Keynes, Rugby, Luton and Cambridge, fewer than 10 per cent of family sized homes were affordable, while in Northampton just 3 per cent of one-bedroom properties were within financial reach of claimants. Indeed, Andy Street, the Conservative Mayor for the West Midlands, has recently said that the freeze has fuelled homelessness in the region. He is now backing calls from the charity Crisis and others – including London Councils – to restore Local Housing Allowance rates to cover at least the bottom 30 per cent of local rents.

While the freeze has meant that it is almost impossible for London boroughs to find affordable private accommodation for homeless households, it has also put low-income families already living in private rented accommodation under severe financial pressure. This is confirmed by our research, which found that 45 per cent of London households claiming full Local Housing Allowance do not receive enough housing benefit to cover their rent. These households are left with an average gap of £50.71 per week. For many, such a shortfall is simply unbridgeable in the long term, but claimants still try to balance the books by cutting back on essential spending such as food or utilities, or by taking out loans. These financial pressures are pushing many into rent arrears and putting people at ever greater risk of becoming homeless.

One way some London families have attempted to make their finances add up is by living in properties with fewer bedrooms than their Local Housing Allowance is meant to cover (e.g. using a 3-bedroom Local Housing Allowance rate to cover the cost of a 2-bedroom property). Our research found that 19 per cent of claimants across the capital – rising to over a third in some areas – are doing this, meaning that they are legally overcrowded. Overcrowding leads to poor health and education outcomes for children – yet another social cost of the freeze.

Homelessness is a multi-faceted problem and its causes are undoubtedly complex. But fundamentally homelessness is about whether people can find a place where they can afford to live, or whether they can continue to afford to live in their current home. The freeze has absolutely made both of these much harder.

In the long term, building more social housing is the key to tackling London’s affordability crisis. However, building houses takes time. Families desperately trying to pay their rent as they teeter on the edge of homelessness can’t afford to wait. Neither can homeless households in desperate need of safe, secure and affordable accommodation.

Local Housing Allowance rates are the most effective tool available to the government if it wants to reduce homelessness in the short term. Increasing rates to at least the 30th percentile will bring a significant proportion of the market back within reach of those supported by Local Housing Allowance. This will make an immediate difference to homelessness rates as tenants will be better able to sustain their tenancies and (often supported by councils) better able to access privately rented properties.

The Local Housing Allowance freeze is due to end in April 2020, but it’s not yet clear what the government will do next. This is a major opportunity to boost efforts to reduce homelessness. Now is the time for our new prime minister to show his support for tackling homelessness by committing to increase Local Housing Allowance. For many low-income Londoners and claimants across the country, change can’t come soon enough.